Orphaned at the age of 6, Carpenter at the age of 10, Went to school for the first time at the age of 11, worked as a night watchman, even thought of committing suicide, but completed PG and served people as MLA for 22 years and now became honorable Chief Minister for Arunachal Pradesh, his name is Kalikho Pul

Story of the man Kalikho Pul. His inspiring story teaches us a very valuable lesson.

Kalikho Pul was 13 months old when his mother Koranlu died. His father Tailum died when he was around six years old after which he lived with his aunt’s family.

#Carpenter at the age of 10

Kalikho Pul never went to school and helped his aunt’s family by collecting firewood even though his aunt never treated him good. When he was 10 years old, he joined a carpentry course at the Hawaii Craft Centre where he earned ₹1.5 per day as a stipend. He also worked as a tutor there temporarily.

He joined a night school on the advice of Mr. Ram Naresh Prasad Sinha, the Headmaster of Hawaii Middle School in the mid-eighties. Also, Mr. Sinha Impressed by Mr. Pul’s progress, he took steps regarding his direct admission in the 6th standard.

In that context, he prepared him for a welcome speech at a function held at the school where the education minister Khapriso Krong and Lohit Deputy Commissioner D S Negi were to be present. As Kalikho was able to impress the audience with his speech and a patriotic song, Mr. Sinha admitted Pul in Hawaii Middle School besides offering him a place in the school hostel.

There was no official scholarship for poor students, the headmaster, with support from the Circle Officer of Hawaii, was able to manage the job of watchman for Kaliko at the Circle Office, Hawaii which paid him ₹212 monthly. In his final year of school, he was nominated as the student representative with the title of General Secretary.

Pul later earned a living by opening a paan shop, making bamboo fences and thatched houses, and building concrete structures. Later, he graduated in economics from Indira Gandhi College, studied law in Tezu. Pul suffered from a chronic gastric problem for six years and was not able to get financial help for the treatment.

He considered committing suicide by jumping over the bridge in River Lohit but said that he could not “take the extreme step due to the presence of people”. Later He received financial help from Deputy Commissioner Negi and then completed his treatment.

From being a small contractor, Pul used to help many ill people with his income. Pul always spent half of his income on sick people. K. pul has done so much hard work in life and also constructed 37 government buildings, many bridges and 100 km of roads. His work impressed by the congress party and offered an MLA ticket.

#Served people as minister for 22 years.

He took charge of the Health & Family welfare ministry while Nabam Tuki was the Chief Minister. During his tenure as Health & Family Welfare Minister, he also complained that his “attempts to improve the state’s health indicators were often met with roadblocks when it came to acquiring funds to meet staff and medicinal shortages”.

This led to differences with other cabinet ministers and he was removed from the cabinet in December 2014. In April 2015 he was expelled from the party for six years for alleged anti-party activities.

Pul broke away from the Congress party. He became the acting Chief Minister of Arunachal Pradesh on 19 February 2016, along with other rebel politicians of Congress.

In an interview K. Pul’s mentioned that he did not believe in God, stating; “I don’t believe in God because had He been there, I wouldn’t have suffered.”

Kalikho Pul life is inspirational to youth in our society. 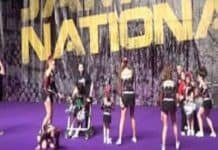 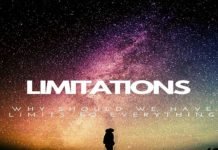 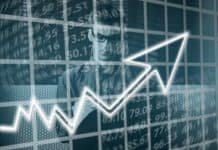 Simplicity vs Over Pride : Human Nature 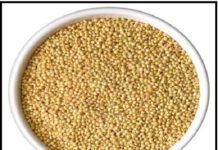